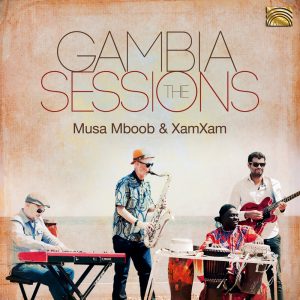 Musa Mboob is one of the leading Gambian percussionist who has spent his whole life working to promote Gambian culture and share this culture around the world with workshops, live performances and traditional ceremonies. Musa is currently based in Brighton, UK and has been living in England since the early 1990s.

Over the years Musa has performed in a number of Gambian Cultural Festivals throughout Europe and concerts throughout the UK with the Traditional Arts Projects. Alongside this he has lead workshops in many schools in the UK and cultural exchange projects with Gambian schools.

He has played with a large number of bands including Ifang Bondi, The Africa Express, Joko, Alan Skidmore & Ubizo, TAPS, Boka Halat, Gelawarr and Njom Music Band. As well setting up his own band XamXam.